Bjørn Einar Bjartnes, Einar Høst and Jonas Winje will do a workshop in F# loosely based on The Little MLer. There will be algebraic datatypes, pattern matching and property based testing - all with code that interops well with C#.

We'll provide virtualized dev environments, both as Ubuntu VMs (VirtualBox) and Windows Servers in Azure (connect with RDP), so if you don't have Windows, just bring a laptop that can run remote desktop or a VirtualBox VM. If you have Windows, please install Visual Studio Community Edition. 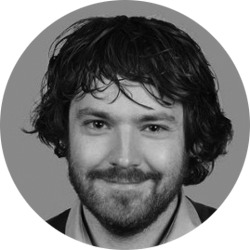 Bjørn Einar Bjartnes is a developer and architect at Computas AS. He has a background from distributed control systems for oil and gas, which is how he fell in love with state machines. Bjørn Einar holds a MSc in Engineering Cybernetics from NTNU.